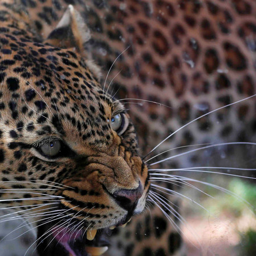 Free software has become a mean for us to share our knowledge in a way that others can build upon and enjoy.

Almost 40 years ago, “Free Software”, as an idea was born. One year later, a human being came to life. The 2 grew up in completely different contexts.

In this story, we'll see how an idea developed in a one part of the planet, can have a massive influence on the life of one human being growing in another, distant, different part of the same planet. We never really realize how impactful an idea can be.

Let's discover how free software helped a man grow as a software engineer but also as a human being.

After long years of not being able to pay for expensive licenses, after long years of being frustrated by "looking for the crack", Patrick decided, when he was still a student, to shift his focus on free software and ended up becoming a software engineer. He is passionate about Python programming. He likes to read and talk about it whenever he gets the chance.

In order to inspire the next generation of free software users and developers, he organizes and hosts workshops on the topics of Python programming and software engineering. He also publishes articles about his insights on his website https://nskm.xyz/.

There are no materials yet.